Based on some advice, I obtained a oil pan from a later model 944 from Ebay.  I had been told it might help avoiding spun rod bearings.  The oil pan is similar to one I have with a few key differences.  There are “crank scrapers” built into the pan.  A crank scraper is designed to strip the “cloud” of oil that rotates along with the crank and is a drag racer trick to free up a few horsepower.  In the case of the 944, I think Porsche did this to reduce the air entrainment into the oil.  As I have speculated previously, oil with entrained air is detrimental to the #2 rod bearing, since the air goes around the 90 degree corner of the oil passage better than the liquid oil, causing the #2 bearing (and the #3 bearing to a lesser extent) to get too much air and not enough oil.

Whatever, pictures of my existing pan and the new pan are below, which show the differences.

I had wanted to change out the rod bearings after 1 season (and 50 hours on the hour meter) of track time.  I put the car up on the lift and added an alternate suspension for the engine (fancy language for a large board across the fenders and a sling around the manifolds.  I then proceeded to remove the suspension and engine cradle.  Then I removed the old oil pan.  I replaced the rod bearings with new ones and retorqued the nuts to 75 nm.  I also double checked the torque on the various nuts on the bottom end of the engine.

Here are some pictures of the rod bearings.  I’m not an expert on signs of bearing wear.  They aren’t pristine but none look to bad either. 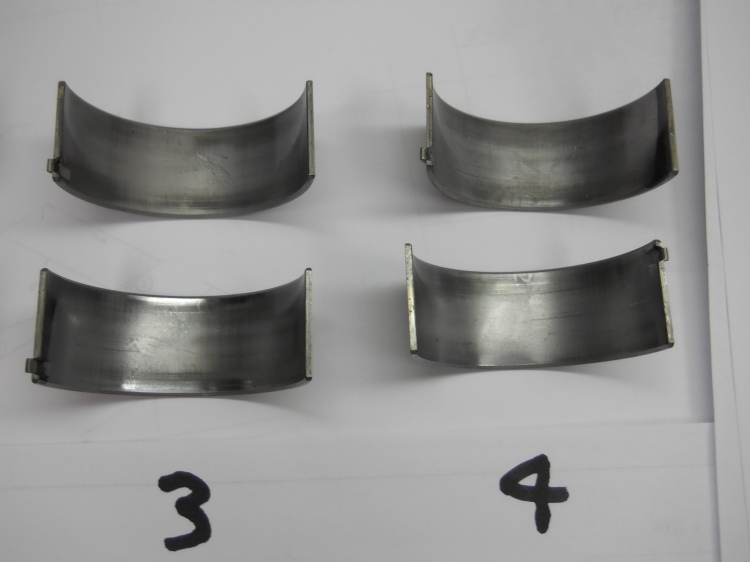 Next I carefully cleaned out the new oil pan.  Some previous owner had mounted a one way trap door baffle in the pan.  I test fit the pan and everything seemed OK. Then I mounted it with all the bolts and torqued them to spec. After mounting the pan I carefully rotated the crankshaft, possibly expecting the scrapers to hit the crank. I heard nothing but silence so gather that the newer pan plays well with the older engine and crankshaft.

These things are frustrating.  Is 50 hours of hard track use without any rod bearing failures because I have done something right and just because?  I’ll never know. One thing I do know.  A track weekend cut short due to mechanical problems SUCKS!!!  So I’m going to do whatever I can to improve the odds of an event free weekend. 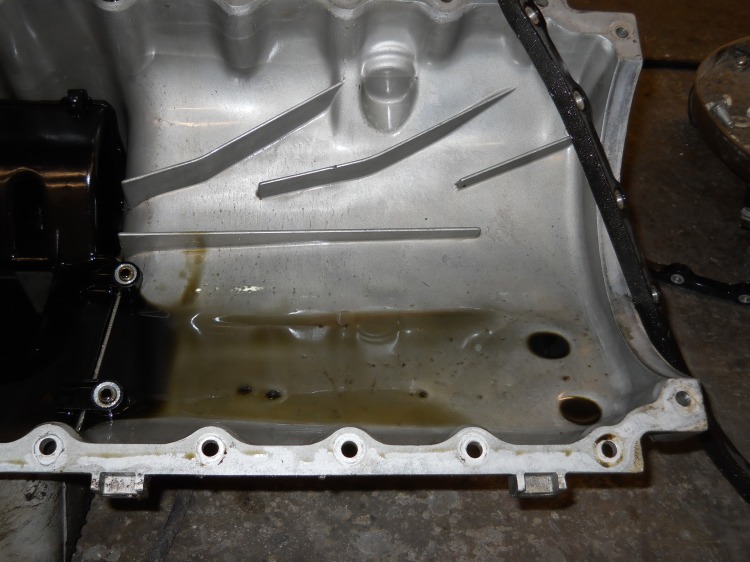 This is the pan that came with the 1985 vintage engine.  Note that the fins in the bottom of the pan are a constant height. 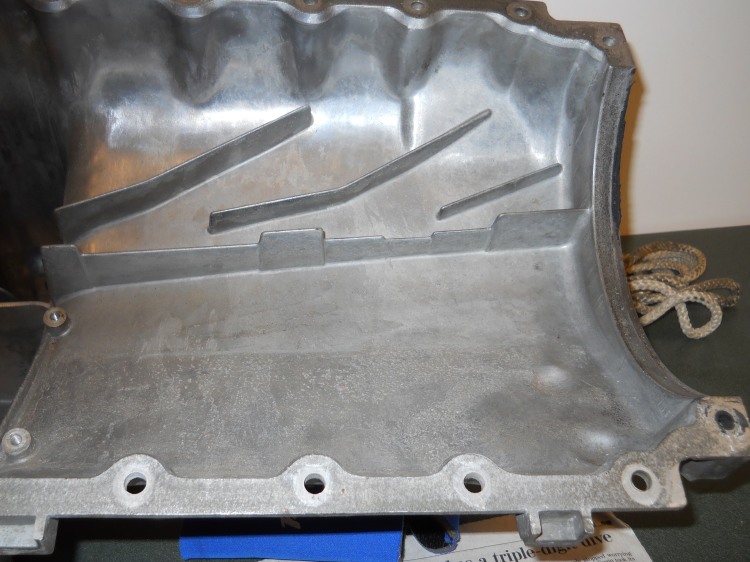 Here is the pan from a newer car.  Note the modified profile of the nearest fin.

Here is the baffle on the old oil pan. 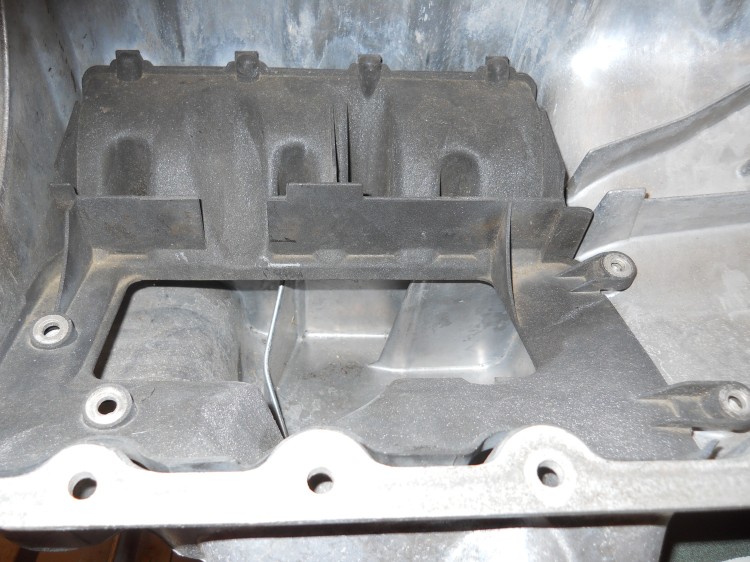 Its a little hard to see but the plastic baffle also has a built in scraper.