In my last post, I told the sad story of how my track car let me down at its first event.  A cut radiator hose and a fuel pump failure put me out for the weekend.

Both problems were basically my fault.  I had not appreciated how close the electric fan blade comes to the radiator hose leaving the water pump.  Some minor shifting of the various parts resulted in the fan cutting down the hose.  The fuel pump failure was due to a small piece of debris being caught in the pump impeller. I had not bothered to drain the gas that was in the car when I bought the car, even though it was obvious that the car had been sitting for some time.  The rigors of hard cornering had apparently stirred up some muck in the tank.

So when I got the car home from the track, dead on the trailer, I put it into my shop for investigation and repair.  I drained the fuel tank, initially through a coffee filter so I could evaluate what came out.  There was definitely some klag deposited on the filter.  After it was drained, I removed the mesh filter sock that is internal to the outlet of the tank.  There was a lot of gunk on it, although after cleaning it I didn’t see any obvious tears. Based on my troubleshooting, I contacted Paragon Products to order a new radiator hose, a new fuel pump, a high pressure fuel filter (downstream of the fuel pump) and a new filter screen for the tank.  I also sprang for a new overflow tank, as the existing one was so cloudy it was really hard to see the water level in it.  I was running straight water in the cooling system, with only Water Wetter added.  Dumping anti-freeze on the track is not looked upon kindly.

Installing the new fuel pump was not very difficult.  I went ahead and installed an inexpensive in-line filter upstream of the fuel pump, in the low pressure side of the system. I briefly considered dropping the tank for a proper cleaning but that looked like a major job so I just ran some fresh fuel through the tank before hooking up the plumbing.  I hooked everything up and went for some test drives.  Everything seemed to be in good order so I decided to sign up for another HDPE at CMP. 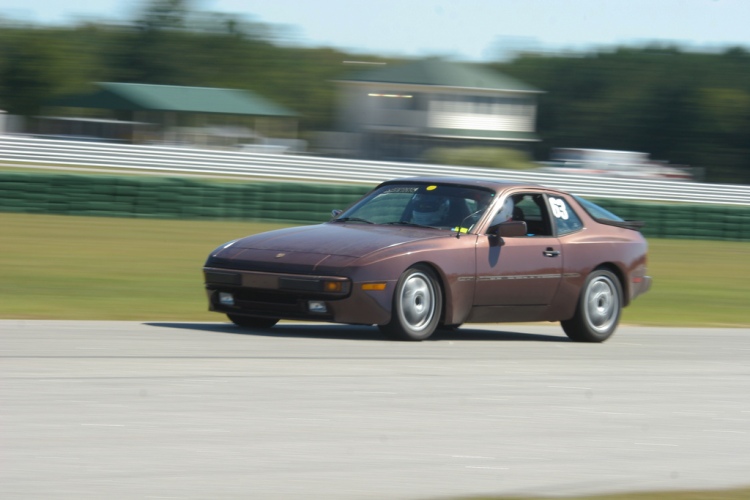 This was a Saturday/Sunday event.  Things went really well.  The car handled really well.  Very neutral, as advertised.  This was only my 7th day on track since starting HPDEs so my driving skills were still pretty green.  Ergo the car was much better than I was.  But I was having a great time and picked up speed and confidence at a great rate as the weekend progressed. 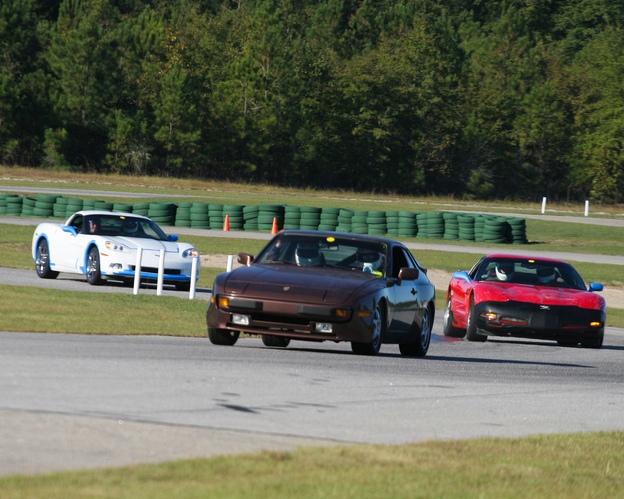 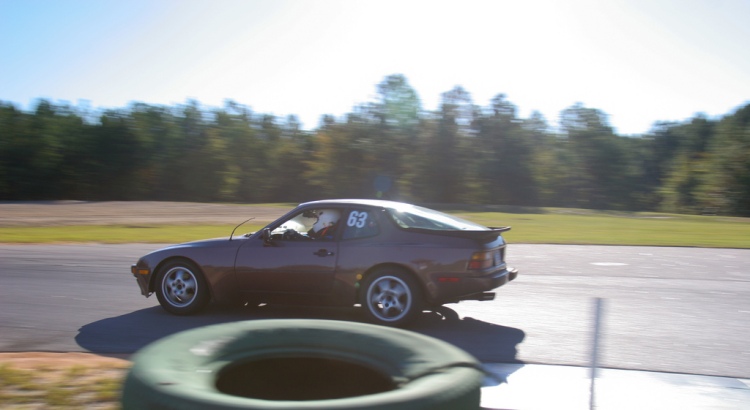 It was shaping up to be a pretty good weekend.  My instructor signed me off to solo on Sunday.  Without the extra weight of the instructor, the car accelerated much better.

And then it happened.  On my last run on Sunday I heard a “bang” and immediately saw a great cloud of white smoke in the rear view mirror.  I pulled off line and then off the track onto the grass and brought the car to a halt.  Encouraged by a big dose of adrenalin (you tend to move quickly when you think you are on fire!) I bailed out of the car with my little fire extinguisher in hand.  As there were no obvious flames, I didn’t discharge the extinguisher.

You know, when you are watching a race on TV, when a car blows up there is usually a corner working running up with an extinguisher to help and the fire trucks arrive shortly thereafter.  Let me tell you, at a DE you are a little more on your own.  The nearest corner worker was much more interested in getting the following cars slowed down to avoid more mayhem as they ran through the oil I had laid down.  Getting to me was NOT his first priority.  Take this as a cautionary tale.  If your car catches on fire at an event like this, you had better be prepared to fend for yourself.  More on my reaction to that lesson later.

Eventually they black flagged the run session and the rescue trucks rolled to the scene.  Again, their first priority was to start getting the track cleaned up with oil absorbent.  Eventually, one of the female corner workers from the next station up walked down and asked me if I was all right?  I was fine of course but a little shaken none the less.  She did helpfully bring me pieces of engine parts that they had recovered off the track.  Great 😦  Eventually after they got the track cleaned up they sent their truck over for the “tow of shame” back to the pits.  I had learned my lesson from the previous time out and had put extra winches and slings in the truck to help me winch the car back onto its trailer.  And, once again, I was headed home with a dead car.  This was getting to be a real drag.

Next time we’ll discuss “What let the smoke out?”