I got to one of my “bucket list” items, which was attending the Amelia Island concours. If you aren’t familiar with Amelia, I’m not sure why you are reading this blog! It is arguably the biggest/best concours d’elegance on the east coast. If you want to see something impressive, google Amelia Island concours judges. It reads like a who’s who of the automotive universe. This years Grand Marshall was Al Unser Sr. The featured marque was the Jaguar D-type. Norman Dewis was on hand. Enough said.

One thing that I especially like is that it features classic street cars and race cars. I tend to gravitate to the race cars, although the Ferrari street car display from the 50’s and 60’s did take my breath away. There was quite a gathering of D-Types.

Very impressive! There were about 3 times as many as I caught in this one photo!

The wealth represented at this event was tangible. Men who intentionally wear sports coats and Italian loafers on their day off clearly come from a different zip code than I do. The line up of business jets at the nearby airport was very impressive. And the location is the Ritz-Carlton. To stand out in the crowd due to the car you drove up in would have been very difficult. Although I did spot some paparazzi at the nearest intersection almost getting run over in their attempts to photograph a McLaren. So I suspect that the 1% were well represented at this event.

So I’m definitely not in the 1%. And I’m a little bit of a cheapskate. And I only decided to go about 2 weeks ago. So here are my super hot tips for attending this event without dropping several grand.

Tip 1- If you can find a room, accommodations on the island are probably going to be $200 a night and up. So consider car camping. The weather at this time of the year is about perfect for car camping. Overnight temps were about 55. The downside is that there are very few campgrounds in the area. The state park at the north end of the island would have been great but gets booked up early. There is a little campground slightly west of the island that was google rated as “shit hole”. I did a drive by and agree. I wound up staying at the KOA, which is on I95 at Exit 1 in Georgia. It is only 30 minutes from the concours, with no traffic. It was nice, as KOAs generally are. Showers, power outlet even for tent sites. The big drawback is that it is literally right on I95 and the traffic noise is brutal. My first night in the tent was rough. The second night I slept in the back of the Jetta Sportwagon. What a difference some sound proofing made. Slept like a baby. So I recommend, literally bring a car you can camp in.

Tip 2- Buy your ticket on line, in advance. Saves you some money.

Tip 3- Be an early riser and get to the various events early. The traffic problems are pretty manageable at 7 am. Later in the day can be hell. And you will be rewarded with free road side parking on the Amelia Parkway within easy walking distance of the Ritz. The no parking zones are plentiful and clearly marked but what remains is free and easy. Now when I left the concours, I would say folks were parked 2 miles out so again, get there early.

Tip 4- Bring a bicycle. I dusted off my ten speed and brought it with me. Since I wanted to go to the Porsche Werks Reunion on Friday (well worth it, BTW) which was 4 miles down the beach from the Ritz, the bike made short work of what would have been a long walk roundtrip and and/or parking nightmares at both ends if I chose to drive. There are generous bike trails on the island.

Tip 5- Attend a seminar. Yeah, they’re a little pricey but I found them to be quite interesting and rewarding. Adam Carolla was a hoot as the MC.

Tip 6- Watch the cars enter the show field. Sure, it’s nice to see beautiful cars on static display on the show field but it’s even better seeing them under power. So this turned out to be super easy. On the afternoon before the concours, a lot of entrants pre-position their cars on the show field. As far as I could tell, there were no limitations to spectators coming onto the show field the day before. So that’s what I did. Sure, a lot of cars are missing and some are under covers but there is a lot of activity, which is fun to watch. Of you can do what I did on the day of the show, which is to stake out the entrance point to the show field and watch from there. I think I got there around 6:30 am and there were a lot of cars queued up to enter the show field. Go towards the entrance circle for the Ritz, hang a left up the access road and you will reach the entrance point, which is a golf cart track. Below are some photos that I took from that vantage point.

Tip 7- Try and get on the show field early. It’s gets really crowded as the general public arrive, which can be a little distracting, unless you are a mosh pit sort of person. Now I cannot advocate breaking any rules but let’s just say that a person that resembled me, well dressed, confident, with a lanyard with my general admission ticket poking out of my jacket, found that one could join the stream of working personnel pouring into the venue at 7:00 am, no questions asked. I caught a table at the Porsche exhibit and sat down to enjoy the show. That’s how I happened to catch Mr. Seinfeld, who apparently also requested an early start for his judging responsibilities. Serendipity!

Tip 8- Avoid I95 at peak hours. I don’t know how to do this if you coming from the north but I95 had multiple construction and accident delays. I think I lost several hours coming down. What a mess.

Tip 9- Tour the show field with a fellow car nut. I met 3 other folks that I knew from the Jaguar and Porsche world. It’s always fun to interact with other enthusiasts as you look at the cars.

Anyway, there you have it. This was a great event, well worth it. And the Porsche Werks Reunion was fun too. If you can find a way to go, do so. You won’t regret it. 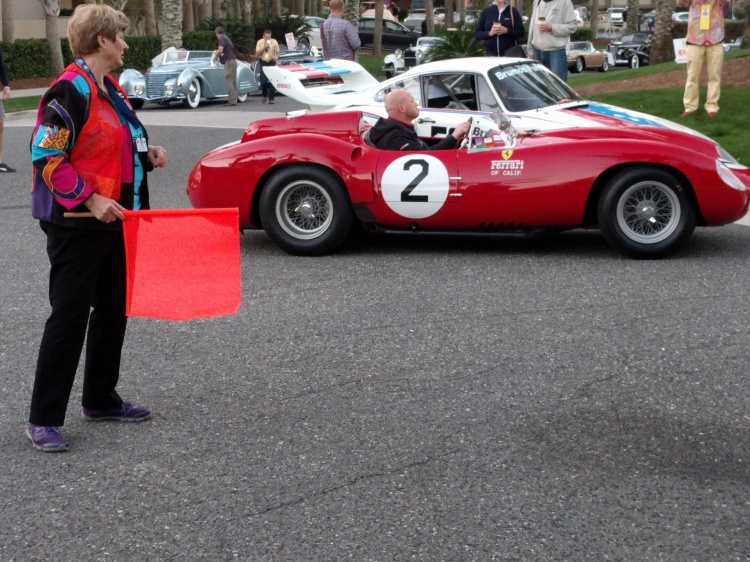 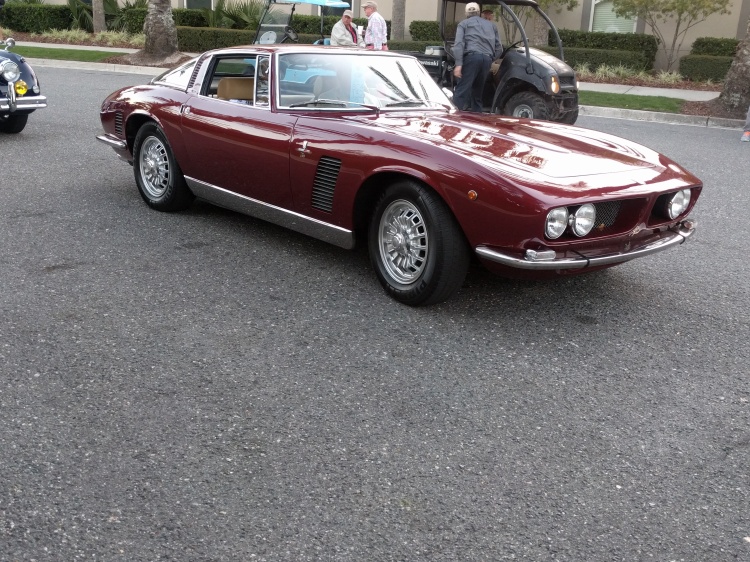