I had a chance a few weeks back to be driving to the Atlanta airport to meet family members so I decided to leave early and drop by to see Dick Maury at Coventry West.  Many of you know Dick Maury as the past President of the JCNA.  Dick is also the manager of the Rebuild Department at Coventry West in Lithonia, GA just east of Atlanta.  Coventry West has built up a well deserved positive reputation in the E-Type world for their high quality engine rebuilds.  I had Dick rebuild the engine on my white 1967 2+2 coupe back when I was in the middle of restoring it.  I posted a series of 4 blog articles starting here regarding the level of detail that goes into a Coventry West rebuild.  After I got the car on the road I took it to several autocross and track events.  I laid into it pretty hard but the engine has and continues to run like a top.  Thank you Dick!

The Coventry West facility is quite large, as it used to be a heavy steel fabrication shop.  As a general description of the Coventry West business model, they acquire damaged or unwanted Jaguars, strip out all of the salvageable parts, and consign the remaining body shells to be melted as scrap for steel production.  I saw row after row inside their warehouse of used engines, wheels, doors, transmissions, glass, seats, etc.  Almost everything that isn’t tied down is saved from the cars. 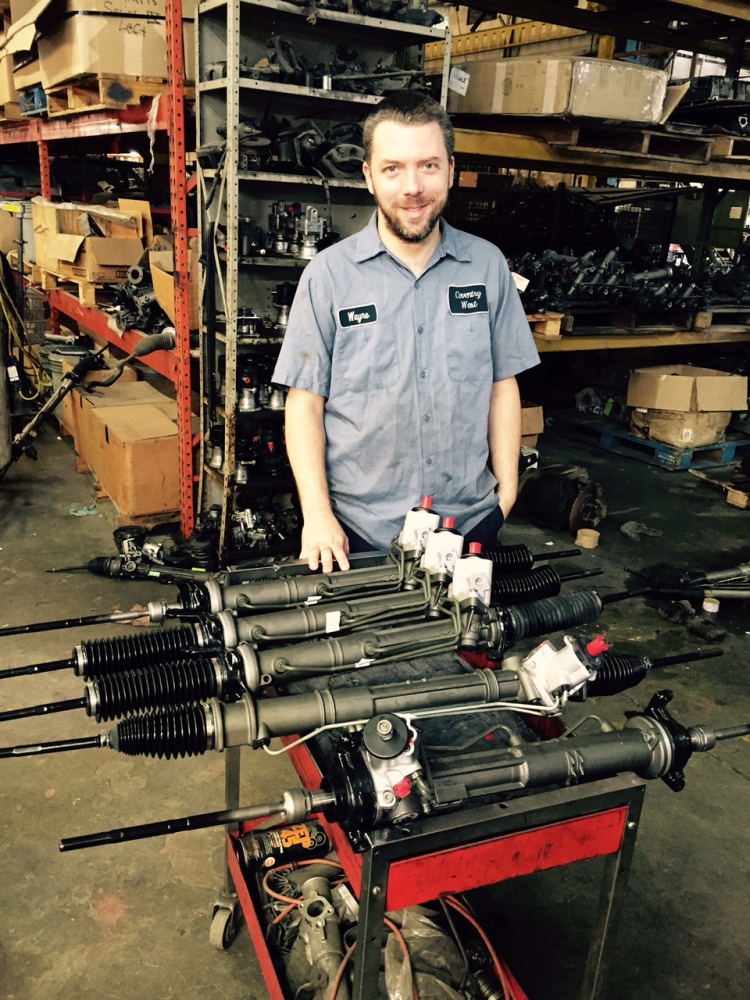 Wayne with some of the steering racks he has rebuilt.

Brake Calipers after cleaning and painting 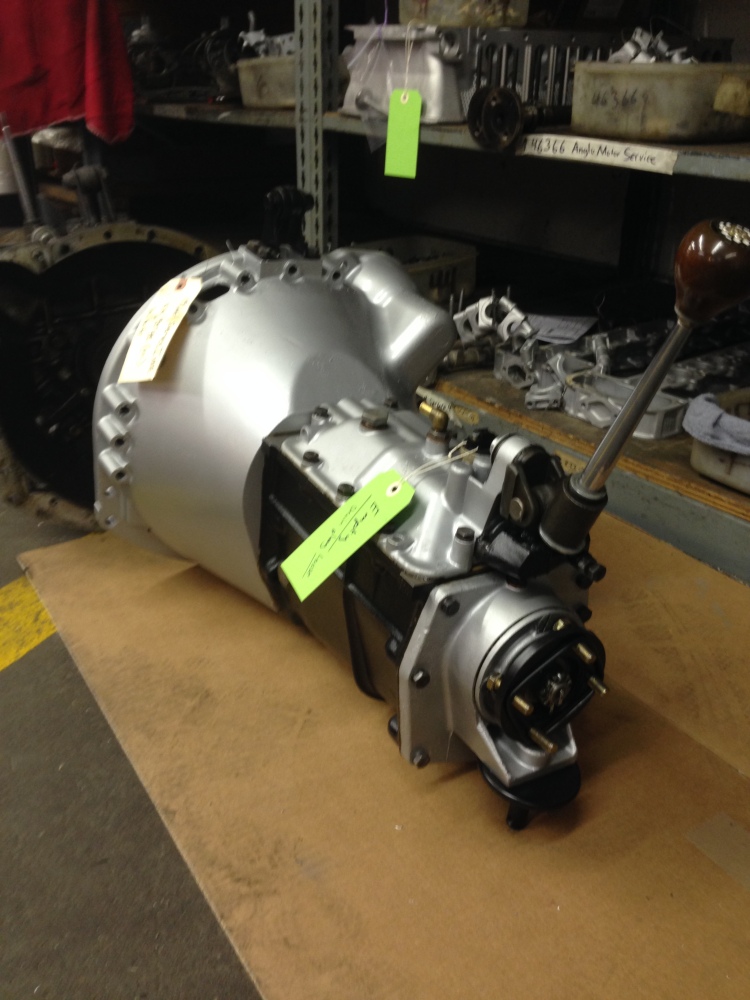 If necessary, Dick can arrange to have your car delivered to Coventry West where they will remove the engine, rebuild it, re-install it, and put everything back to a high state of tune.

Another treat that I found at Coventry West is the fact that Dick is running the JCNA Tool Loan Program.  This program is a free benefit to JCNA members.  It is discussed in detail here.  Dick has these British racing green boards loaded to the gills with the original tools provided to Jaguar dealerships for their mechanics to use in repair and maintenance of our cars.  He also has a lot of print material for the older cars and microfiche and CD-ROMs for the newer cars.  Be sure to check it out as part of your JCNA membership. 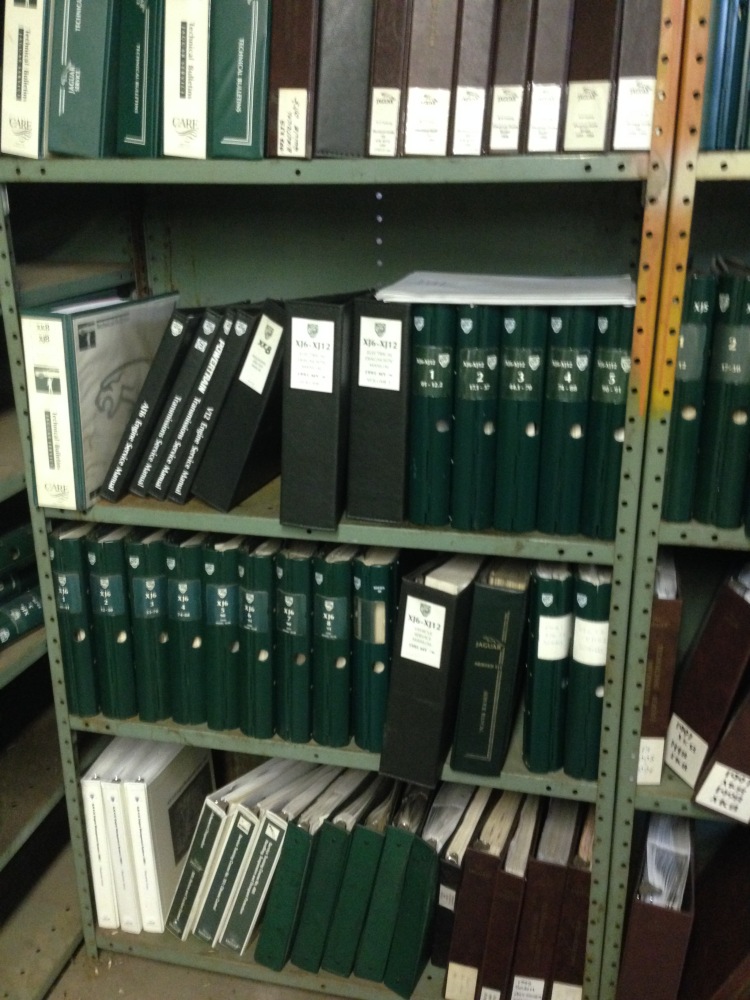 I thoroughly enjoyed my tour of Coventry West and appreciate Dick taking the time out of his busy day to show me around.  It was fascinating to see what goes on behind the scenes at Coventry West.  Be sure to keep them in mind the next time you need a hard to find used part or a professionally rebuilt Jaguar part.