I’ve been pretty busy with the New Hill Garage Makeover.

But time is running out on my first spring track date with Chin Motorsports at VIR in early March, so I’ve begun to deal with a few issues on the track car.  A nagging issue has been a fuel leak out of the vent piping with a full tank and hard cornering.  In my ignorance, I had taken out the vent line plumbing that was originally supplied with the car, leading to the charcoal canister.  This led to fuel surging out the straight vent line that I had left.  The OEM setup has a check valve.  I went to my parts car and removed all the vent line components and put them in the track car.  Hopefully this will solve the problem.    In the picture below the white plastic item is a check valve and there is another check valve inside the protective rubber hose.  The metal fuel filler neck is removed in this photo.

I also took the opportunity to reset the tension on the timing belt. After 100 hours of operation it had loosened a little but wasn’t too bad.  I thought about changing the rod bearings but since they only had about 50 hours of use, I decided not to.  I changed the spark plugs.  These were 100 hours old.  The electrodes had burned back substantially such that the gap was quite wide.  You can see the difference in the photo below, compared to the new plug in the middle.  That said, there had not been any issues with the ignition that I was aware off. 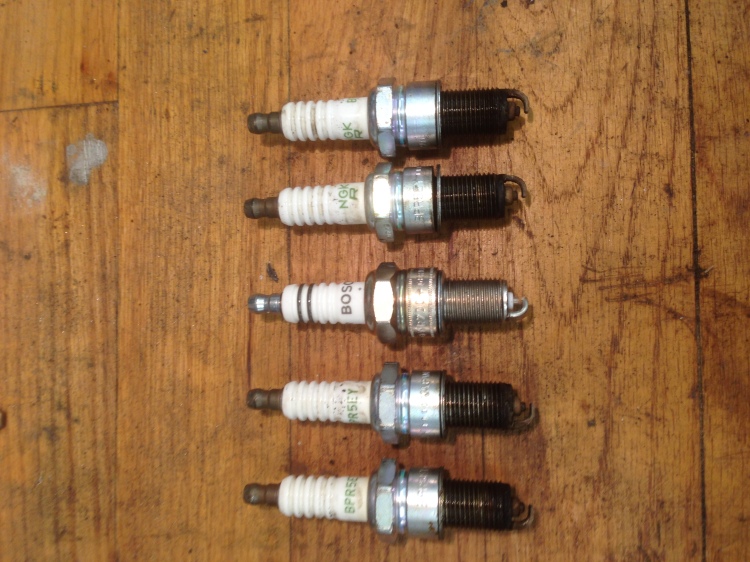 I changed out the paper filter element in the air filter box.  All the black items are shreds from tires that were sucked into the filter! 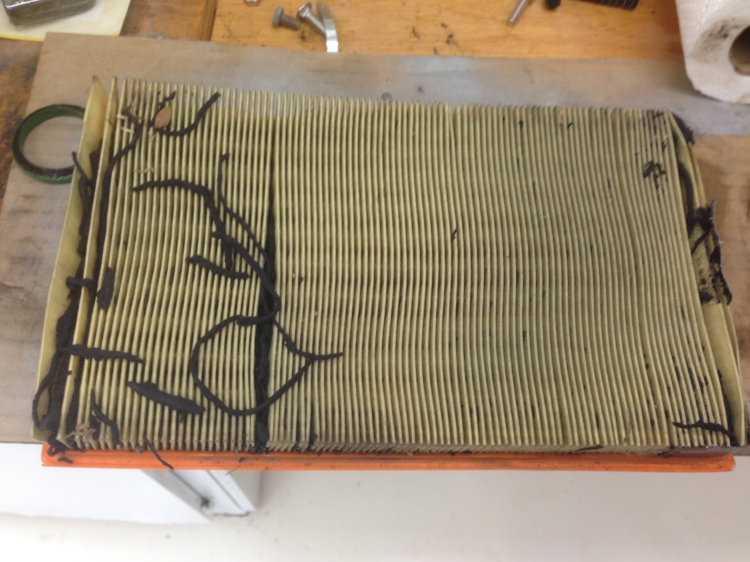 An oil and filter change followed, as well as a flush of the brake fluid.  Next I put the car up on the lift, removed the tires, and made a thorough examination of all suspension and brake components.  No damaged or loose items were found.  I did find some play in the steering rack.  The car has its original power rack, which I drained and sealed, turning it into a manual rack.  Maybe the lack of power steering fluid hastened it’s demise but there is now noticeable play in the rack.  I have a new used rack on order and will replace it soon.  With that, the car should be ready for track use.